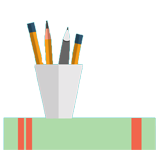 As the majority of the world population comes from developing countries and regions, it is of great importance to resolving the overpopulation issue in those areas. What are the causes and effects of this issue, and what solutions are practicable to be implemented?

"Overpopulation refers to a condition where the current global population exceeds the capacity the Earth provides" (Kukreja, 2013). In contrast to the number of the population contributed from developed countries, huge population that comes from developing ones has brought unavoidable burden on both natural resources and environment. Therefore, it is of vital importance to come up with practical solutions that could be implemented on a national scale for the purpose of population control, in order to preserve limited resources.

This essay investigates the general causes and effects regarding overpopulation issue in developing countries (and regions), followed by three practical solutions offered towards the case of China specifically to efficiently improve the current situation. Furthermore, provided solutions would be evaluated before a final conclusion is drawn at the end.

With the advancement of human civilization, the number of global population is increasing rapidly as well. According to the UN, it is estimated that the global population will reach to around 9.3 billion by the mid-century (Walsh, 2011). If the global population increases still at such rates, inevitably, one day natural resources will be used out, exceeding the capacity our Earth provides. Therefore, it isnecessary to make plans for the goal of population control, with developing countries and regions being the main targets.

As shown in Figure 1 below, in developing countries the trends of population growth approximate exponential increase. While some first-class developed countries already realized the ‘goal' of zero or even negative increase in national population, the surge in the population of developing countries, especially those under-developed regions, has been resulted from lower mortality rates and rapidly increasing fertility rates.

Particularly in China, the population size has already risen up to 1.42 billion by this year (World Population Review, 2018). As the country with the largest population in the world, the ‘one-child’ policy established since 1979 has been relaxed by the government (Verrill, 2016); and this led to even more severe status quo of population issue in China.

Based on the context of the overpopulation issue in developing countries, in general, three major causes are concluded below:

(a) Lack of Family Planning

‘Family planning’ refers to by various means, the desired number of children could be attained, as well as their spacing (WHO, 2018). Because many people living in developing nations have little knowledge about the concept of family planning, even not to mention the harmfulness of overpopulation, most of them get married at an early age. And this situation usually becomes more common in rural areas, greatly increasing the chances of having more children (Kukreja, 2013).

(b) Lack of Sex &Procreation Education

The root reason that accounts for the considerable portion of the world population distributed in developing countries has to be insufficient education. As education is probably the most effective way to cut down population size from the roots, it plays a very essential role in the population control.

Besides lacking procreation education, the large population in developing regions also partially results from lack of sexual protection, as sex and procreation are closely related.

As the government is the ‘head’ of a nation, it also has the responsibility to make practicable policies corresponding to the population status. However, the awareness towards the urgency of population control has not been spread to every developing country. One typical example of this is India, which has not taken any effective measures in recent years......

Moreover, in terms of increasing military force, some developing countries do not constraint population number, instead, their governments even encourage having more kids, misleading those who have not comprehended the seriousness of the overpopulation ‘crisis’.

Because of the unavoidable damages overpopulation caused to the environment, it has been now regarded as one of the most pressing environmental issues worldwide. Particularly, the depletion of natural resources due to increasing population has posed a great threat to our future sustainable development. This unstoppable population growth is also exhausting finite resources of nature.

Furthermore, global warming, among current top priorities, has a lot to do with huge CO2 (carbon) emissions contributed from considerable population. In some developing countries, like China, the air pollution in its capital, Beijing, has become so severe that even possibly threatens the health of residents in the city.

(b) Loss of habitats & biodiversity

As a major driving force that leads to the loss of ecosystems, the excessive reclamation of land resources for the needs of an increasing population has resulted in serious desertification in many parts of the world. The glaciers at two poles are at the risk of melting nowadays, as in recent two decades the area of permanent ice cover already declined around 23% (NASA, 2018).

On the other hand, the increase of human population also aggravated the loss of biodiversity, due to our apparent advantages in competing with other species, whose habitats might be destroyed due to overpopulation.

With a rapidly growing population inside a country, the job market will become much more competitive,leaving much fewer opportunities on average for everyone, especially for university graduates in developing countries.

As a specific case, the unemployment rate across India has steadily risen in recent five years, from 3.41% to above 3.52%, along with its increasing population (Trading Economics, 2018).

As it is difficult to come up with a universal plan for all developing countries to control population growth, three following solutions are proposed below specifically using China as a typical example, though similarities may be spotted also for others.

(a) Enhancing sex and procreation education;

Though the ‘one-child’ policy has been implemented for more than three decades in China, achieving successful and surprising outcomes in population control correspondingly, in order to avoid its rebounce, more efforts need to be spared towards education.

As Chinese government has relaxed the restriction of giving birth to only one child since 2015, with the new ‘two-child’ policy officially updated, more and more family are taking this precious timing to have a second baby (Winston, 2015). However, this new policy has brought invisible pressure once again towards population control, on the basis of the achievements already accomplished previously.

Last week, I was so happy, because our class planned to have the activity. All of us felt so excited, we decided to have the picnic on the park. We played some games, the ones who lost the game were punished in some interesting ways. When I got pun......

Once, I read a story in a book, it told about an old man was on the train, he lost one of his shoes on the window, to everyone's surprise, he dropped his another shoe out of window quickly. People asked why he was doing that, he said that if the pe......

With the fast development of science and technology and the widespread of internet, watching movies has increasingly been one of the most popular forms of entertainment. As far as I am concerned, we can get some benefits from watching movies. 随着科......

1、母爱 Mothers Love I got up late this morning and went to school without feeding my cats.When I came home in the afternoon, the cats almost starved to death. They circled around me and crying for food. I took one fish out and threw it to the c......

Friendship is essential for the existence of society. People live in communities and work in co-operation so that they could protect themselves from nature. The successful accomplishment of any task calls for support from many people. It's the frie......

Recently, it has been said that the new building in my school will be finished soon and all the students can use it. It is such exciting news, because we have been looking forward to taking exercise in the gym for such a long time. The new building......

In recent years, increasing numbers of students study online on Hujiang Online School, Khan Academy and Coursera. Not surprisingly, studying online will be a trend because it is relatively convenient and economical. In fact, reports even said that......

In our real life, it is really a period of hardship for us to adapt ourselves to new school life. However, being active is of necessity and we will fall in love with the new life. 在我们的现实生活中，适应新的学校生活对我们来说真......

In the 1920s, a man from England had finish climbing the Himalayas which was thought to the most difficult mountain to conquer. People spoke highly of him and asked him how he conquered the mountain. The man said calmly that he conquered nothing bu......

我梦想的assignment英语作文范文一：My dream job My dream job will be working in one of the biggest international accounting firm as an accountant. I want to be an accountant because I love mathematics and business so much. Also, being an acc......

They say Make the best of a bad situation . But I believe the bad situation makes the best of you. Even the irritations of life can be useful. President Abraham Lincoln showed us how this is so. 他们说，做最坏的情况。但我相信逆境会让......

Directions: For this part, you are allowed 30 minutes to write a short essay entitled Excessive Packaging following the outline given below. You should write at least 120 words but no more than 180 words. 1.目前许多商品存在过度包装的现象......

Nowadays, there are many kinds of activities for people entertaining in their leisure time, especially in holiday, such as climbing a mountain, having a picnic, holding a party and so on. However, these recreational activities have its advantages b......

Ever since the birth of it, the computer has largely changed human being's life and there has been a hot debate about its effects on humans. Undeniably, computers have taken the place of humans in many areas and it seems that computers begin to thi......

It has been admitted that mother's love is the greatest, because they give birth to us and never ask anything from us. Some people take this kind of love for granted. They do many things to hurt the one who loves them most. How can we do this? I ju......

When students go to the university, they always feel very excited to start the new chapter of their lives. As they have so much spare time, some choose to join the clubs and some find a part-time job, but most students have nothing to do and search......

The issue of media violence just doesn't go away. Debate over its impact on the occurrence of violent crimes has been fuelled by the sniper shooting spree in American and high school shootings there and elsewhere. Personally, I don't deem it necess......

In China, most people believe that boys should be raised in the poor way while the girls should be in the rich way. The poor way means to let the kids do things by their own and their parents won't be satisfied them all the time. So the rich way me......

Accompanying all the booms brought about by the profound social changes, many problems have come along. That whether the young should have family's wealth or not is a very marked one. 伴随着深刻的社会变革所带来的繁荣，许多问题也......

Being a teacher is always believed to be one of the greatest occupations in the world, because they educate the students to be the better person and make a contribution to the world. My ideal job is to work as a teacher, last week, I had the chance......

With the development of science and technology, Internet becomes more and more popular. When it comes to this phenomenon, people differ greatly in their attitudes. Some maintain that searching the internet has many advantages. Others, on the contra......

We can see that in this picture, a teacher is teaching her pupils to deal with arithmetic questions, but some of them think that learning these mathematical skills is useless. They argue that by the time they are in the job market, these skills wil......